Historic Courthouse in the Heart of Paris

In order to bookmark a restaurant, you need to have an Account.
Please sign in to activate this functionnality.

This review may contain sponsored or affiliate links.

While you’re walking to or from the charming Place Dauphine on the Île de la Cité, take a minute to stop and admire the neighboring Palais de Justice. Even if you’re not a lawyer and know nothing about the complicated history of French law, the Palace of Justice is a fascinating building, especially inside its vast and impressive corridors.

Along with the Sainte-Chapelle and the Conciergerie, the Palais de Justice was part of the ancient Palais de la Cité, the residence of French kings from the 10th-14th centuries. The palace is one of the oldest surviving buildings in Paris, but suffered several fires and was partly rebuilt in the late 1800s. It has continued to serve as the home of the French justice institutions since the Middle Ages.

Today, the Palais de Justice still hosts the Paris Court of Appeals as well as the Court of Cassation, one of France’s highest appeals courts. The Tribunal de Grande Instance, the Paris High Court, recently moved out, however, moving into to the brand new Cité Judiciaire (the largest in Europe both in size and activity) in the far north of the 17th arrondissement in June 2018.

The Palais de Justice is open to the public and free to enter, and you can even attend certain trials and court sessions. No photographs are allowed inside the courtrooms and a certain level of decorum is expected, even within the halls. Be respectful of the building and the institution while enjoying this uncommon experience. And if you were already planning to see the Sainte-Chapelle, it’s the perfect time to visit the Palais de Justice — the courthouse uses the same entrance! 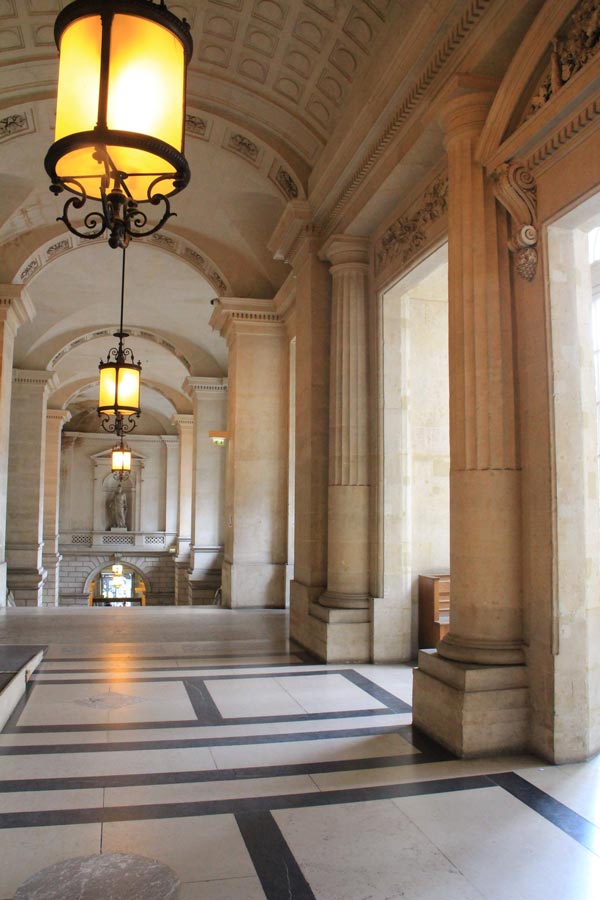 After seeing the courthouse, go around the corner to the adjoining building at 36 Quai des Orfèves. For over 100 years this intimidating structure was home to the Direction régional de la police judiciaire, a kind of French Scotland Yard. Its address was made famous by Belgian author Georges Simenon, a master of detective novels and French-language whodunits. His character Maigret is an old-fashioned, oh-so-French commissaire with the Parisian police force. Ever since, 36 Quai des Orfèves, or simply Quai des Orfèves, has been used to refer to the Paris criminal investigation division.

Want to Know Where Else We Locals Go?
Join Our Free Urbansider Club For More Paris Tips & Picks

Don’t have a friend in Paris to point you to all the best places? You do as a part of our Urbansider Club! Join for free for access to personalized recommendations, downloadable guides, and a monthly newsletter with the latest from Paris as well as our new top addresses and experiences. You’ll also be invited to our exclusive Urbansider events in Paris.